In 2015, Shanon Bates founded a program called Push the Limit. His program is focused on spreading the message of inclusivity and social justice to as many young children and educators as possible. Shanon is an incredibly driven and inspiring person, and today he shares Part One of his story on how Push the Limit started. 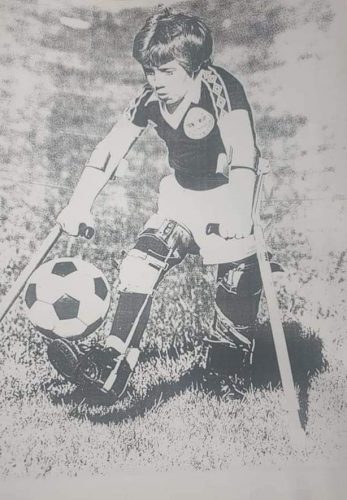 To understand where ‘Push the limit’ came from, I think it’s essential to go back to my personal story.

I was born in 1977 with Spina Bifida and was initially paralysed from the neck down. The doctors sat my parent’s down and told them there was a 95 percent chance I wouldn’t survive the day. My parents were given two options: operate in an attempt to increase my quality of life, or don’t operate and let nature take its course. With the chance of survival the same, my parents chose to operate.

My parents have always said: ‘If we don’t try, we’ll never know’.

That surgery was a success, because 95 operations later, here I am. Thanks to that operation and all of my rehab, I was able to gather more movement and walk with the help of callipers & crutches for the first ten years of my life.

It’s important to note that my parents never raised me as a child with a disability. They always accepted that I had a disability but didn’t ever wrap me in cotton wool. For this reason, they enrolled me in the local soccer club, where I played along with able-bodied kids my age. I loved it. I played a season, and when I came back to re-enrol the following year, the St. George Federation president told me I had been barred from the club. Apparently, the other parents had thought that their kids were unsafe on the field with me because of my crutches. I was only six. After that, I turned to wheelchair racing.

When I was in year 4, my parents decided to move me to a mainstream school and out of the school for children with disabilities. I’ll be honest; it was quite a struggle but l knew it was a positive move. I was the only child with a disability within the school, and I was a clear outcast. During my first year, the kids didn’t pay much attention to me.

Then the bullying started.

As time went on, some kids started to abuse me physically. The bullying got worse and worse, to the point where my parents wanted to take me out. I was adamant, however, that I would stick it out at this school. I remember talking to them and saying, ‘No, mum, we’ve come this far. Where else am I going to go?’

I never wanted to be seen as that person with a disability.

If I had left my primary school, I would have just gone back to the school for kids with a disability. My parents fought tooth and nail to give me my education, and I didn’t want to let these bullies dictate what kind of life I would lead.

I’m not saying it was easy. There was a time where I was gang-bashed and another when my wheelchair was thrown into oncoming traffic. But through it all, I tried to think of my parents.

You see, when I was born, my parents could have put me in the corner and let me pass with natural causes, or they could fight. They fought. They fought for me, and now I fight for me. I’m forever grateful for the decision they made.

So, I stuck it out until high school. That was probably the best move of my life; my high school years were the best of my life as a student. I started to create this new identity for myself. I had represented Australia in wheelchair racing, and kids in the school were beginning to see my abilities and not my disabilities.

It was really nice to feel recognised, welcomed and accepted.

Leaving school, however, and getting into the workforce was a little tough. I had this idea in the back of my mind my whole life:

How am I going to educate society if society never knows.

That was my thought process back then, so I focussed on getting jobs that made me visible. That’s why I loved hospitality so much. People would walk into wherever I was working and think, ‘here’s a guy; a security guard/ doorman/ concierge, checking me in or checking my ID, and he’s using a wheelchair.’ 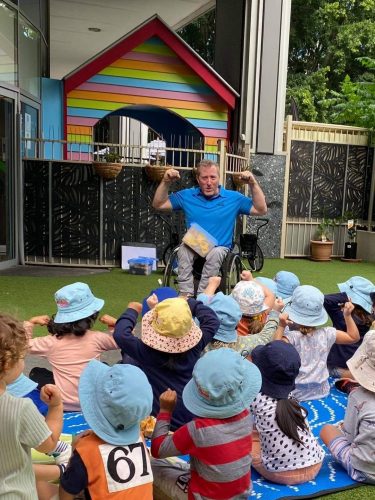 It was nice to be the face of a company. I felt that I was subtly changing people’s perceptions of me and others with a disability just by being visible and doing my job. People don’t always expect someone in my situation to be in that kind of role.

In my last role at PWC, I inducted new employees and partners into the business. These incredibly high-powered people would come into PWC, and I was the one who was talking about our structure, our vision, our inclusion model. It was really empowering to be in that role; hanging out with those partners and professionals gave me the power to work for myself.

This is basically where Push The Limit started full-time.

Be sure to read June’s edition to discover Part Two of Shanon’s journey.