2021 is a year for transformation for us at ParaQuad. As with our brand new newsletter, ParaQuad is moving towards being more accessible to ensure we’re providing relevant and specific news to all of our members. We’re working with ambassadors, who we believe, live and breathe the ParaQuad brand to aid us through this transformation. Over the next few months, we’ll be doing Q&As, live videos, and interviews that will take you into the lives of our ambassadors and allow you to interact with these incredible people.

This month, we are highlighting the men in our program. In April, we look forward to profiling the women who have said yes to supporting our vision. 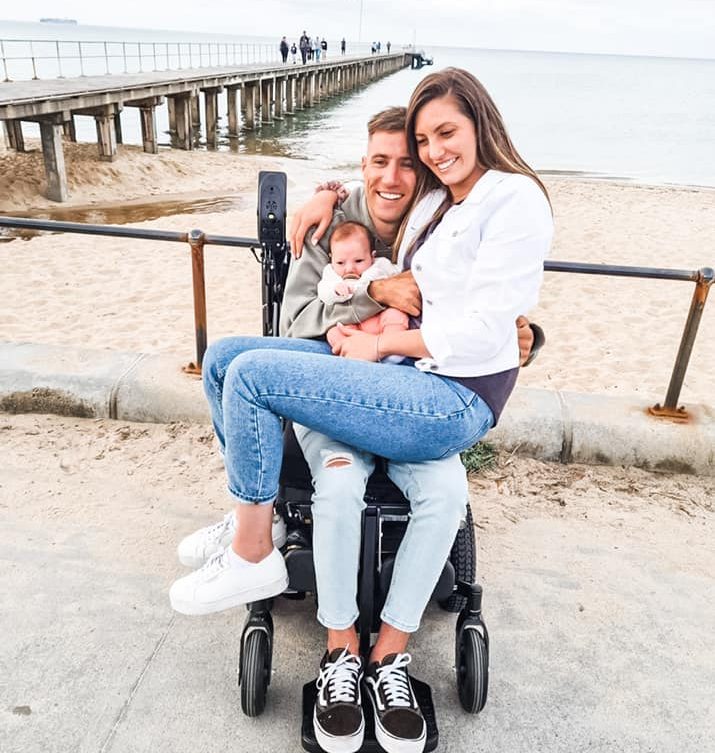 In 2014, Joel fell down a staircase and broke his C2 & C5 vertebrae. The fall caused cervical spinal cord damage and fractured his thoracic vertebrae and sternum, resulting in Joel becoming a C5 quadriplegic.

Before his injury, Joel was in the Australian Defence Force (ADF). Today, he works with the ADF to support people leaving the army to find civilian work. He also speaks at events around Australia about his story and how he perseveres and overcomes obstacles he never thought he’d have to face.

2020 saw another change for Joel as he and his wife welcomed their first child: a beautiful baby girl. On top of it all, dedicated and ambitious, Joel’s passion for awareness and accessibility has led him to begin a Psychology Science degree this year.

“When I was first injured, I spent years trying to adapt to life in a chair and learning how to live again. It was extremely difficult and very eye-opening. Losing my independence was life-shattering as I had taken it for granted my entire life. Since the accident, I have struggled with incontinence, my body lost its ability to regulate temperature, and I even lost the ability to cough! These challenges are a part of my every day now. They are my ‘normal.’ I’m really looking forward to working alongside ParaQuad as an ambassador so that I can educate many more people about spinal cord injury and what’s possible on the other side. Just recently, my wife and I had a daughter. Despite my daily challenges, there’s so much to live for and look forward to.”

In 2013, Sam had a motorcycle accident that severed his spinal cord, resulting in him becoming a paraplegic. Once he realised that life would never be the same, Sam adapted quickly to his new life, and he and his family set new goals to aid in his recovery.

From a family of skiers with a love of the snow, there were few surprises that Sam was most keen on hitting the slopes after his injury. Before long, Sam’s goal was to compete in the 2018 Winter Paralympics and he spent the following years training day and night to get there, which he did!

His incredible drive has him set on a new goal: to be on the podium at the 2022 Winter Paralympic Games in Beijing.

“I want to show everyone that living with a disability doesn’t disable you. For me, my life is so full, and I wouldn’t have it any other way.” 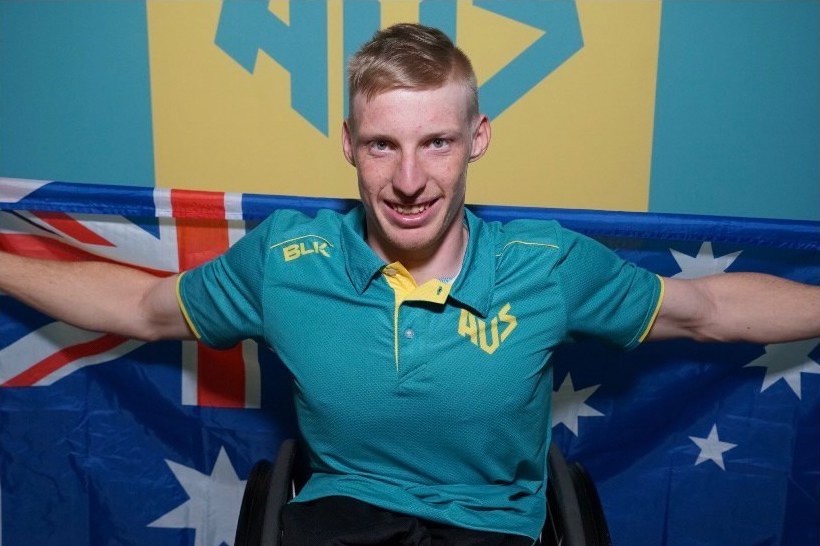 Luke, who has caudal regression syndrome and spina bifida, found his passion for wheelchair racing after being introduced to racing legend Kurt Fearnley. From the moment he sat in Kurt’s racing chair, Luke hasn’t stopped racing.

Wheelchair racing has taken Luke to competitions worldwide, and he is now proudly ranked no. 1 in Australia and no. 2 in the world. Through all his achievements, Luke has only ever had eyes for one: The 2021 Tokyo Paralympics.

Luke’s love and admiration for his sport are awe-inspiring, and we are so excited to follow his journey to the Paralympics.

“I’m excited to educate people on SCI and share my story of racing. I’d like to inspire others and show people that you can do anything you want, regardless of if you use a wheelchair or not.”