Well, here we are nearing the end of September, just a few weeks after the Tokyo Paralympics concluded, and boy was it a big one.

In case you missed it, the Tokyo Paralympic Games took place this August after a year-long delay due to the pandemic. Australia’s 179-strong team had a great Games, bringing home a total of 80 medals over the 12-days of competition.

Check out the final medal tally for Australia’s athletes. You can find the complete list of countries on the Tokyo 2020 website.

There were close finishes, brilliant performances and lots of emotion on display – and it wasn’t just the medallists who stood out this year.

Organisers also used the opening ceremony to fight for inclusivity and end discrimination towards people living with a disability. The International Paralympic Committee (IPC) worked with a selection of international organisations – including UN Human Rights, UNESCO, Special Olympics, and The Valuable 500 – and launched the #WeThe15 campaign.

So, what is #WeThe15, and why should we care about it?

#WeThe15 has been hard to miss these past few weeks following the launch at the Paralympics. In a nutshell, the campaign aims to transform the lives of the world’s 1.2 billion persons with disabilities, who represent 15% of the global population.

Using the momentum of the Tokyo 2020 Paralympic Games, the campaign plans to initiate change over the next decade. The campaign showcases the biggest coalition ever of international organisations from the world of sports, human rights, policy, communications, business, arts and entertainment. There’s no surprise why we were interested!

#WeThe15 is led by the IPC and International Disability Alliance (IDA), which will engage the government, businesses, and the public over the next ten years to initiate change for this group. Check out their launch video below for a fantastic snapshot of the campaign.

Find out everything you need to know on their website: https://www.wethe15.org/.

It’s been hard to miss Alcott’s victorious few weeks. Let’s take a step back to the Paralympics, where Australia’s Dylan Alcott and Niels Vink of the Netherlands went at it in the semi-finals of the quad singles. The game was close and full of emotion. 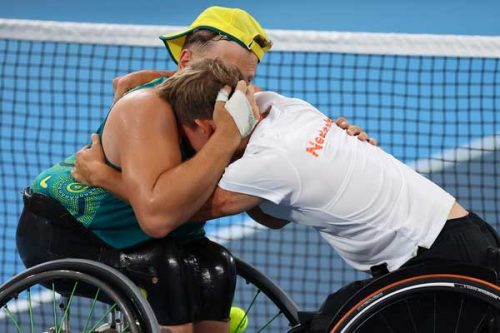 When Alcott won, he let out a roar – equal parts joy and relief – and rounded the net to meet tVink. He put his arms around his crying opponent, and the pair hugged as the Australian told him what a brilliant match he had played. He went to pull away, but Vink held on, and the hug continued.

As a symbol of good sportsmanship, friendship and giving it your absolute all in the contest, this moment was hard to beat.

Alcott hardly had time to breathe before he went to the US to compete in the US Open, where he created wheelchair tennis history. On Sunday XX Aussie superstar, Alcott became the first man, in any form of tennis, to win the ‘Golden Slam’ by sweeping all four majors and the Paralympic title in one year.

The 30-year-old Melburnian looked close to tears as he admitted that this could have been his farewell to Flushing Meadows, where the US Open was held.

“Thanks for making the dreams of a young fat disabled kid with a really bad haircut come true because I can’t believe I just did it!” he told the Louis Armstrong Stadium crowd.

“I just can’t believe I just won the golden slam!” 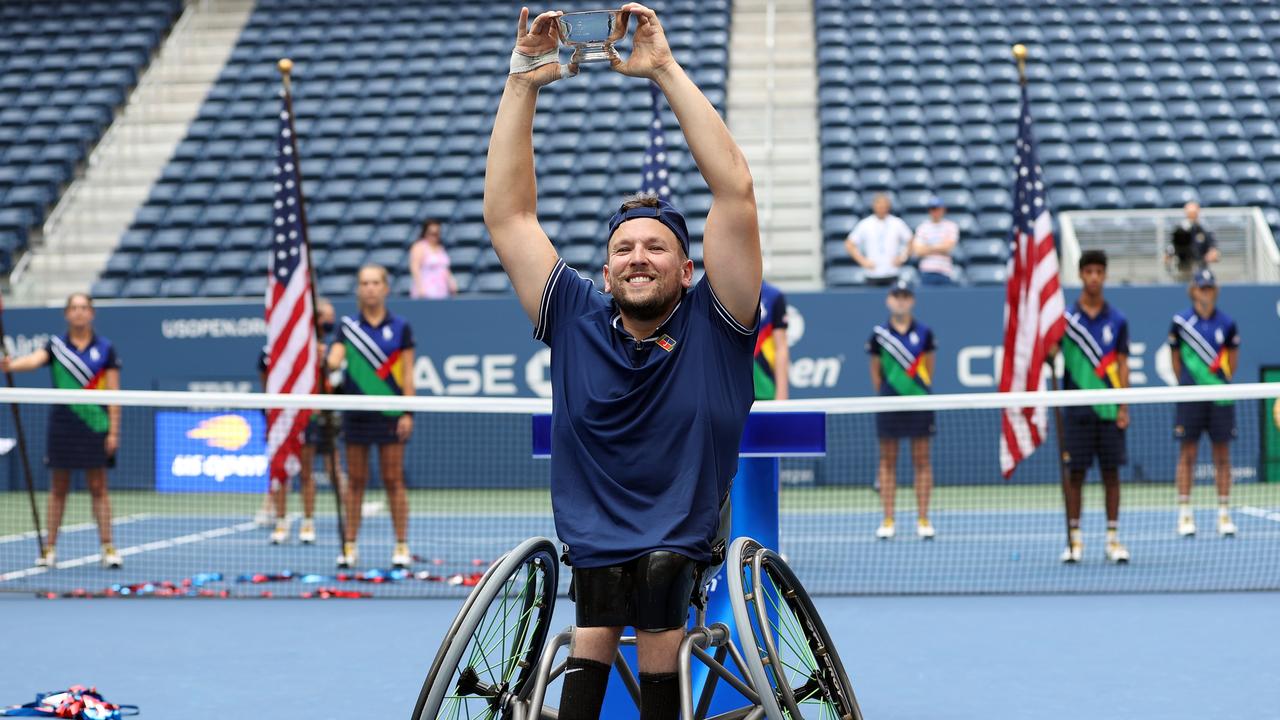 After praising Vink for pushing him to a new level, Alcott told the crowd: “I used to hate myself so much, I hated my disability, I didn’t even want to be here any more and then I found tennis, and it changed and saved my life.

“And now I’m the only male in any form of tennis to win the golden slam, which is pretty cool.”

We can’t wait to see what Alcott does next.