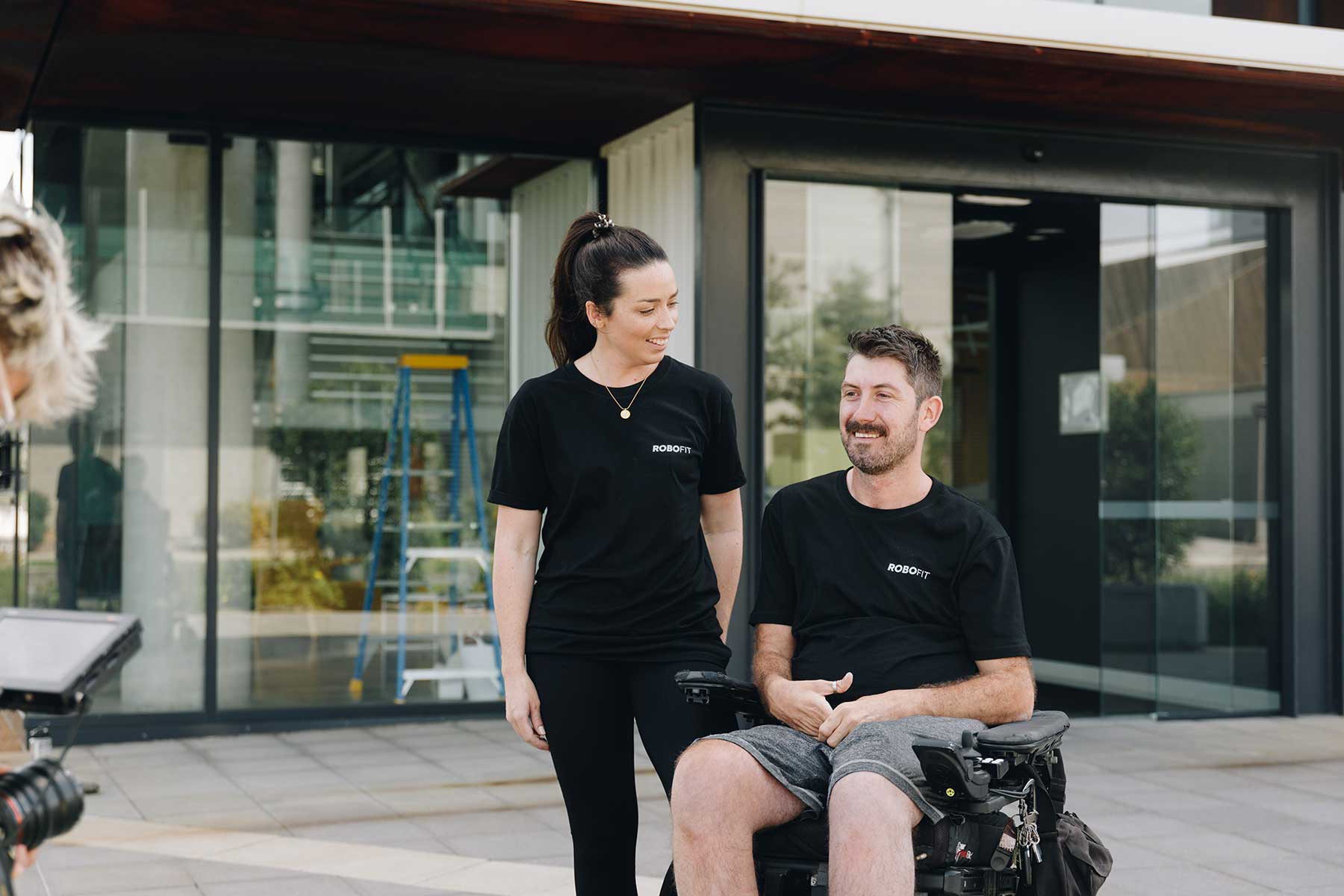 In 2010, avid chef and camping enthusiast Daniel Hillyer (aged 21 at the time) was out and about and unlucky enough to be on a balcony that collapsed, resulting in a two-storey fall. This left Daniel with a diagnosis of incomplete quadriplegia.

Daniel reports he spent ten months in hospital and was only allocated one hour of therapy per week due to the large number of patients admitted at the time. Due to the severity of his injuries, Daniel spent the vast majority of his time in slings. This was a very confronting diagnosis for Daniel and his loved ones.

In the aftermath of this experience, Maryanne became more interested in rehabilitation options not yet available in Australia and found herself on a trip to Germany to attend a major medical trade show. At this conference, Maryanne happened to cross paths with a stall from a Japanese organisation named Cyberdyne, where she was first introduced to the Hybrid Assistive Limb Exoskeleton. This was the beginning of the transcontinental business partnership that would eventuate in the founding of RoboFit. 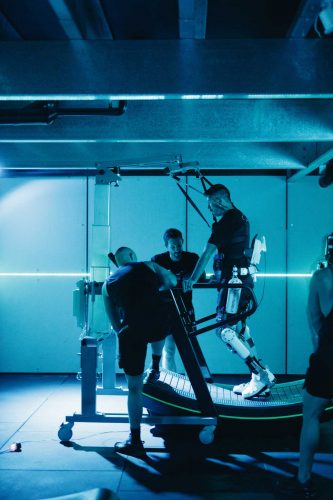 Four months later, it was time for Daniel to try out the HAL exoskeleton for himself and see if this technology would help Daniel improve his independence. Daniel and Maryanne travelled to Tsubuka, Japan, to experience the technology for themselves.

This initial session at Cyberdyne HQ was focused on standing and gait training, and to say that the results were impressive would be an understatement. Prior to the first HAL session, Daniel was able to walk 3-4 metres (with a frame). After the third week of training with HAL, he was able to walk a distance of over 75 metres!

After flying back to Australia, Daniel continued walking with a frame and building up his endurance, resulting in a personal best of 200m – a significant improvement over the 75 metres he managed to complete in Japan. However, this record was shattered in April 2014 when Daniel managed to walk for over five kilometres, all the way across the Sydney Harbour Bridge.

The HAL exoskeleton helps with rehabilitation by reading the wearer’s bioelectric signals (BES), interpreting the wearer’s movement intention and working with them to complete movements. This program encourages the development of new neural pathways, improving motor and sensory function. This process is also known as neuroplasticity.

For wearers with weaker BES or no signals at all, HAL’s intelligence has pre-programmed gait patterns that can walk for the wearer. 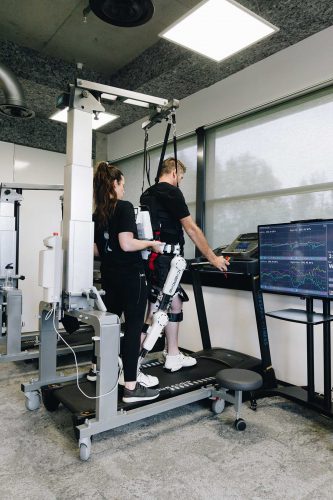 One of RoboFit’s clients, Elio (aged in his sixties), had a cerebellum stroke in 2016. Following the stroke, he has been unable to walk unaided. In June 2021, he travelled from Melbourne to North Wollongong and then underwent two weeks of HAL therapy.

Working with RoboFit’s head trainer Kieran, Elio has been able to achieve some great outcomes:

Elio’s carer Kim has been impressed with the improvements, stating in a recent review that “Following sessions with Kieran, we’re certainly noticing a huge difference. I would 100% recommend RoboFit; it’s been amazing”.

RoboFit are currently offering a FREE initial consultation to all active tappON members. To explore what RoboFit can do for you, get in touch at hello@robofit.com.au or give them a call at 0493 055 787